Ask yourself what if. Not in a worrisome, fearful way; we all know how those what ifs go. But to use that as an example, just think – if negatively-framed what ifs can be powerful enough to conjure up paralysing anxiety, then what might a positively-framed what if do? Spoiler: EVERYTHING.

For months I had been receiving the Tower card in my Tarot readings. Because I have a lot of projects in my life with overlapping natures, and because I hadn’t been terribly specific with my questions, I was at a loss as to what the card meant. There were three possible applications I was willing to see, and a fourth that was too impossible and undesirable for me to consider. Then, The Tower’s meaning came, and I’m not gonna lie, it was a terrible and painful experience. But for one brief moment, I asked myself what if this path is at its end? And I knew in an instant what I wanted to do instead. What I had already known that I wanted to do, but felt too scared and too unprepared to pursue. What I didn’t have time for yet. And suddenly I realized, with crystal clear clarity, that I was no longer scared or unprepared, and that if I accepted the fate that The Tower brought, I would now have the time I needed too.

Thanks to a split second moment of what if, I knew that I wanted to build EMPRESSWORLDFOOL. That I thirsted to do it right now rather than someday. That I had to make some difficult decisions to bring it to fruition. That I had to listen to my calling.

And so, I ask you to do the same. Ask yourself, What would I do if I could do that which I truly want to do?

Photo by Jian Xhin on Unsplash 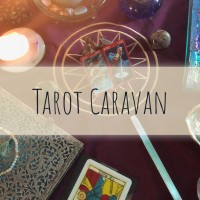